Okay so that was a long. loaded mouthful.  But think about it! How much better off would you be if all of the CRAP were eliminated from your life?  People will spend a lot of time worrying about what you are doing when their lives need serious attention.  Now don’t get me wrong. I’m all for people intervening if they see a friend or relative going off the rails, but for the most part when it comes to positive advancement, you need to take charge of your own life – and believe that you can!

Each area of CRAP will be explored in the blogs to follow each Sunday and Thursday evening (for now). But in the meantime I encourage you to journey through the week ahead without regard to what others think about you.  Revisit that one thing you’ve wanted to do, that one goal you’ve wanted to achieve and take a bold step toward getting it done! 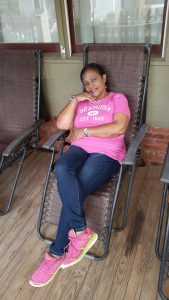 6 Comments on “Are you dealing with other people’s CRAP?”

Great clarity on crap. Dumped it a long time ago. Definitely feels easier to get on with life without the CRAP!

Thank you! I encourage you to “keep going” free of other people’s CRAP.

I absolutely love it! What a great analogy…..thanks for sharing!

I actually never speak that word. It’s one of my “bad’ words not to use. LOL! However, I do know what you are referring to.

My perspective is usually different than most.

I deal with “it” and than use it as manure to fertilize the harvest that God has before me.

Turn “crap” into “carp” – something you can actually use.

I agree it isn’t a nice word – a “bad” word indeed…..The acronym signifies just how bad the characteristics are for one’s overall being. Very unfortunate indeed. I love your analogy of the manure……Thanks!!