The firestorm erupted…or so it felt!

I love to write! I’m easily frustrated by poor writing.  Correct writing was something drilled into me/us in primary school. Sentence structure, spelling, grammar, and punctuation rules were instilled and the practice to use it all correctly was continuous.  I remember being told that one’s writing is a reflection of who they are. Do I believe that to be 100% true?  Absolutely not.  However, I do believe that there is a direct correlation between one’s literacy level and one’s ability to participate in rational discussion and comprehension.  Having said that, I do not believe that social media as most of us know it, affords one the opportunity to engage in either on a mature level.  Why not? Because all posts are open to every and any body – and there are some people who ought not be welcomed into the sandbox.  For that reason, I avoid commenting on nonsensical posts and posts that are continuously riddled with poor grammar, spelling, and sentence structure.  It speaks volumes to me about the person.  Don’t get me wrong.  These people aren’t to be necessarily labeled as bad people -(although some may feel they are) – but they may well excel in other areas – literacy “ain’t” one of them!

People seem to have taken the Facebook post personally although it wasn’t directed at anyone! That, to me, speaks volumes. It was just a question.  But in the habit of getting bent out of shape and for some, always feeling like a battle is brewing even when it’s not, some people seemed offended – without saying so.

Poor writing, in my opinion, is never acceptable.  Facebook and other forms of social media are NOT necessarily business forums yet employers do use it to make several determinations.  Would you want to be “caught” with your underwear up or down?  That’s what writing presentation equates to for me. If you insist on posting and you know your writing is substandard then have someone edit for you – or seek help to strengthen that area of weakness.  I venture to believe that all of us have made some form of writing boo-boo in the past. I know I have! But I’m bothered by my own errors even though I admit I do like to have fun with incorrect words from time to time. For some people it’s the norm…and yes, that’s bothersome to me.  Thankfully I know how to edit though – although admittedly there has been an odd occasion where someone has come after me with the “ah-ha I got you dagger” to point out my mistake. No way am I perfect. But excellent writing is my forte and I’m here to help if I can.  Period! 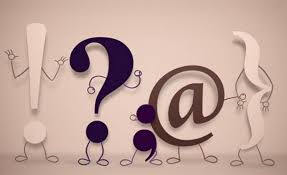 I agree 100%. I know personally that employers are looking at every aspect of a person’s character and competence. If I am entering into a business arrangement with someone, it is critical that we will be able to connect, and understand each other fully, so that we can avoid silly “misunderstandings”.

Unfortunately as you mentioned, Facebook seems to have a “no rules” policy when it comes to grammar, and I sometimes get sucked into the mix, although I carefully determine and display which of my posts are to be taken seriously (business profile), or lightheartedly (personal profile). As “serious” as I try to be…my wife doesn’t make it easy “lol”, but when the appropriate time comes for being serious/business, I think one can clearly get a picture of who we are and how we do business.

A comprehensive summary of conduct! I love it!